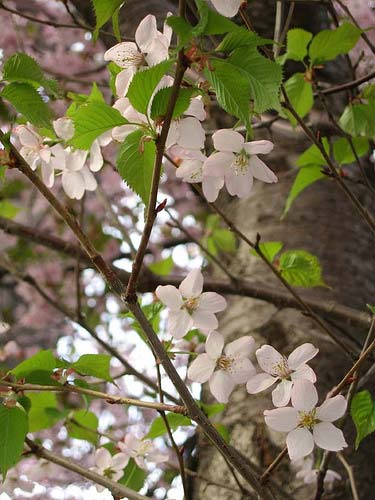 Roy Hodgson's men had to win to qualify for the World Cup after Group H rivals Ukraine crushed San Marino 8-0 in Serravalle, but despite 90 minutes of nerve-shredding and nail-biting action, the Three Lions booked their place at this summer's big event.

England kicked-off at Wembley in what must have seemed like an away match with the estimated 20,000-strong Polish support creating a deafening din around the stadium in the early minutes.

Nerves we're evident from the start with midfield generals Michael Carrick and Steven Gerrard among the culpable for early mis-placed passes as the Polish support greeted every England possession with a cacophony of boos and whistles usually associated with a trip to far-eastern Europe.

After the cagey start chances began to flow and it was the visitors who created the first clear-cut opportunity.

England, who had already been warned once from a dangerous Polish counter-attack, we're found short of numbers a second time as Adrian Mierzejewski raced forward with the ball. His square pass to Jakub Blaszczykowski was dummied by the Borussia Dortmund man for his team mate Robert Lewandowski to pick up on the edge of the box. Fortunately for England, the prolific striker showed unusually poor composure and dragged his shot wide of the far post.

The hosts picked up their game after that scare and it was the hero of the moment, Andros Townsend, who once again provided the spark.

The Tottenham midfielder set up Danny Welbeck on the edge of the box but, when the Manchester United forward opted against a shot, the ball came back to Townsend who had no hesitation in curling a left-footed effort against the bar.

With the Polish defence still in shock, Gerrard picked up on the loose ball and found Liverpool team mate Daniel Sturridge, but his shot was saved by Wojciech Szczesny. From the resulting corner, Welbeck drove wide from six yards during a flurry of England chances.

Oh yeah! I almost forgot. I have been contemplating updating this site. There's something I really love about the page http://www.traditionslighting.com/. Not even certain exactly what but needed feedback 😉 Feedback on this would be terrific. Alright back to it!

Shortly afterwards the Arsenal goalkeeper was busy again as he saved from the Manchester United combination of Welbeck and Rooney with England pressing for an opener. Szczesny's valiant efforts instilled echoes of the infamous 1973 draw with Poland in the England fans' minds as the shot-stopper reprised the role of the 'clown' Jan Tomaszewski.

However, before too many comparisons could be made to the past, England took the lead.

It was a goal their dominance deserved and duly came from the head of the inspirational Rooney. Leighton Baines' peach of a cross from the left-hand side was met by the Manchester United striker whose deft glance nestled in the far corner of the net to send Wembley into raptures. Rooney's seventh strike in six qualification matches proved the star's undoubted worth on the international stage.

Hodgson's men took the lead into the half-time interval but nearly saw it erased within twenty seconds of the re-start as substitute Mateusz Klich found himself unmarked in the area. Fortunately for England an alert Gary Cahill was on hand to block his strike behind for a corner.

England responded positively with good work between Rooney and Gerrard eventually resulting in the former's cross into the box nervously being poked behind by Artur Jedrejczyk with Szczesny well beaten.

However, the longer the game went on with England only a goal ahead, the more the nerves grew inside Wembley.

Although clear-cut opportunities we're limited, the England faithful knew that a single chance for the likes of Lewandowski orBlaszczykowski could result in their World Cup dreams being put on hold.

The unthinkable almost happened as Lewandowski found himself one-on-one with Joe Hart after a smart ball over the top but, rather than display the shaky goalkeeping of recent months, Hart was strong and positive and crucially saved the centre-forward's shot to keep England's noses ahead.

With time ticking away England's nerves we're finally settled thanks to a late surging run from captain Gerrard.

Substitute James Milner's ball over the top found the Liverpool midfielder who cut inside his man into the box. Once inside the England captain kept his cool despite being pulled back for an obvious penalty as he stretched out his leg to poke past Szczesny and secure England's tickets on the plane to Brazil.

Lots of thanks goes to Everlasting memorials who basically provided me with the seed idea for this post in an twitter message they sent to me. They appear to be a reputable gravestone manufacturer in Manitoba in the event that anybody's curious.